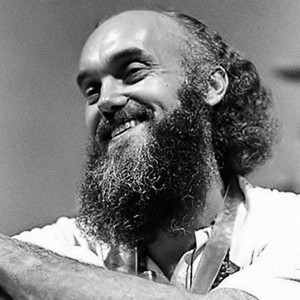 Excerpt from “An Evening with Ram Dass” 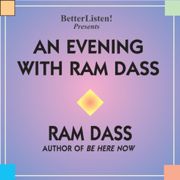 BetterListen!’s series of excerpts continues with the following excerpt from the wonderful recording of “An Evening with Ram Dass.” Ram Dass shares a story about spiritual awakening.

I have a friend — his name is Larry Brilliant and Larry is a doctor.  He used to be known as Dr. America as part of the Hog Farm, which was a hippie commune in Berkeley. It was run by a fellow named Wavy Gravy, who was a clown.  Wavy works with children in leukemia wards as a clown, and among other things he also emcees.  Those of you that saw the movie “Woodstock” remember Wavy offering everybody breakfast in bed, 500,000 people.  Because he gives away food. They would bring the Hog Farm bus and feed people.  Very beautiful man.  Well, Larry was part of that, and he was a hippie doctor, and his wife went to India and met my guru, Neem Karoli Baba.  She brought Larry to him, and when Larry met my guru, my guru said to Larry, very shortly after meeting him, “U N O doctor”. What Larry heard him saying was “you are no doctor”, which is what his mother had been saying to him for years because he wasn’t earning a living.  But the guru kept repeating “U N O doctor, U N O doctor” ‘till finally it sunk into Larry’s mind that what he was saying was United Nations Organization Doctor.
UNO doctor.  And there was the  UN World Health Organization project to eradicate small pox that was going on in India.  So Larry went down the bus trip from the mountains down to Delhi, and he went in with his long hair and his beard, and they said, “We don’t want hippie doctors, thank you very much” and he was shown the door.  He came back to the guru,  and the guru said, “U N O doctor. Go”. He went back.  They said, “We don’t want you”.   He came back – and  this is a long bus trip — and he kept just doing it. It was like seven, eight, nine times. Finally he went into the United Nations and he said, “Look have you got any job at all?  I mean I gotta get this guy off my back.  I’ll take any job you’ve got”. They said, “Well, we don’t have a job as a doctor, but you could be an administration assistant”.  He said, “Fine”.  So he joined the club of a group of people who were getting rid of small pox.
I’m sure you know by now that small pox is the one human disease that has been completely eradicated from the face of the earth at this point. There is not another case in the world. You don’t have to have vaccinations.  You don’t have to have vaccination certificates, because it’s gone.  It’s a very extraordinary phenomenon — that humanity could band together from Russia, from the United States, from Czechoslovakia, from everywhere, and do it together and get rid of something completely. It’s very exciting stuff.  I mean, you’ve got maps with pins of each case, and you go with vaccination needles in jeeps and boats and you raid villages, and oh it’s very exciting. It’s like a war, you know.  They got so juiced up that when it was over they all got depressed. You can imagine how much their identity was caught up in it, and they didn’t know what to do next.
Well, one of the gals who was Larry’s boss was this extraordinary lady. Her name was Nicole Grasse. She was a Swiss doctor. She is a dynamo and she takes on projects. She was with Sir John Wilson, who is a blind man, who is head of the World Blindness Organization, and he said to her ,“Nicole, you’ve taken on small pox and beat it. Why don’t you take on blindness?”  Because it turns out 80% of the blindness in the world is preventable or curable. Extraordinary. So she said, “OK”.  Larry wanted to band with her and decided he’d start a foundation and get all of his buddies together. So he drew his buddies from all the different parts of his life.  Now he was now a professor at the University of Michigan in Public Health.   He had been working with the World Health Organization. He was part of the Hog Farm. He was a devotee of my guru.  So out of all those places he drew these people together, and we met during a snowbound weekend in Michigan for the first meeting. I can’t tell you how bizarre it was because the organization he called it SEVA, which meant Society for Epidemological Voluntary Assistance.  Only he knew that it was also the Sanskrit word for service.
So there was a doctor in a three-piece suit with a dispatch case who had come there for a meeting of the Society for the Epidemological Voluntary Assistance. He had come from Washington, and he came into the morning meeting.  The first session, he set his briefcase down and sat there and suddenly in walked Wavy Gravy, who sat down next to him with a beanie on his head with a propeller on the top of it.  The look of that doctor — I will never forget it. 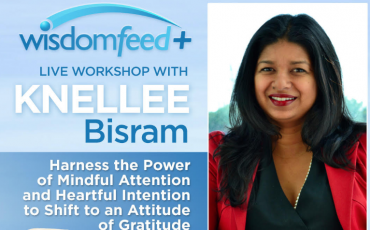 Gratitude is easy when we’re on a beach in Malibu, but how do you feel grateful when life feels less

Practices for the New Year with Thich Nhat Hanh 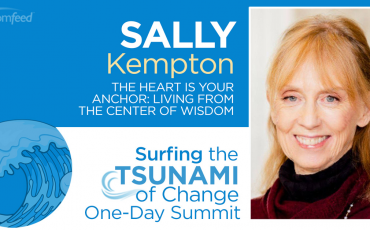 At WisdomFeed, when we promise to “bring ancient ideas down to street level,” we are talking about the kind of