His Holiness The Dalai Lama at Madison Square Garden 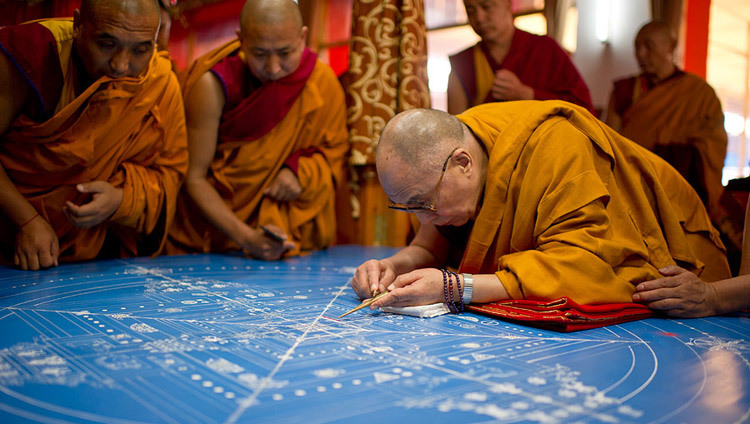 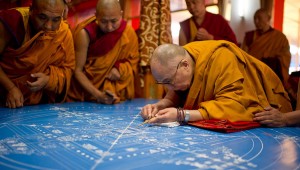 It was the spring of 1990 and it was big news — His Holiness The Dalai Lama was coming to The Worlds’ Most Famous Arena. In those days the theater attached to MSG  was called The Paramount Theater, before that, it was called The Felt Forum, and these days it is called The Theater at MSG. It was an epic week, perhaps the most spiritually oriented, high profile event to happen in the Big Apple to this day.

The Arena was packed, standing room only. The previous week, the first event of its kind took place across the street. The leaders or elders of all of the 5 Traditions of Tibetan Buddhism conducted whole day workshops. It was the first time that the elders and leaders from each of the 5 Buddhist Traditions were ever together in North America. The atmosphere was profound, the teachings enlightening and the experience awesome.

We Got The Gig

It was a big deal, after years of going to Madison Square Garden as a spectator, now I was there as a worker. At the very last minute, we signed the contract and got the gig to record and sell tapes for all of the events that week. We had MSG backstage passes, and I got to see the inner workings of The Garden for the first time. Each morning my team got there early to set up. During the first week, I would check the microphones, the levels, and was in awe that we were actually “doing” this. Richard Gere was one of the key people in charge, somehow through his connection with The Tibet Center, Paramount Pictures and The Paramount Theater @ MSG- he was able to pull some strings and help to create this extraordinary event.

Each morning Richard and his then-wife Cindy Crawford would be there in the first row before the doors opened. They were poised, gracious and easy on the eyes. It was a smashing success, the events were phenomenal, we sold a ton of cassette tapes ( we duplicated them on the spot) we made some good money and a majority of the proceeds from the recordings went to the sponsoring organization — I believe it was The Tibet Center.

I grew up about 14 miles south of Madison Square Garden in the seaside neighborhood of Brighton Beach, Brooklyn USA. Year-round, we pretty much lived on the beach. In the summer when we came out of the water and before we came home we de-sanded our feet. “Did you bring all this damn sand into the house again?” my mother would call.  The ritual of de-sanding our feet by the concrete curb next to the boardwalk was a regular occurrence.  We frequently did not get all of the sand off of our feet…

After The 5 Spiritual Leaders event was finished the program moved across Seventh Avenue to MSG/The Paramount Theater. That was when the electricity started to really turn up. There were maybe 700 to 1,000 people for each of the first 5 days, but now at the Paramount Theater, there were more than 6.000 attendees, for 4 full days. On the first morning at MSG in the foyer, across from where we were selling ( a lot) of tapes, there were these curious-looking gentlemen in saffron robes, huddled over this round board of wood. They were very focused, their attention was undivided, and all the while they were “kibitzing” in Tibetan and jovial. Full hearted laughing, they were laughing with presence while they were doing “something” with sand.

On the second day, I took a moment to see what the commotion was around these Tibetan Monks. So I came closer to take a “look-see.” Well, cheerful, enlightened monks were making The Kalachakra Sand Mandala.
My understanding of what a Mandala is is an intricate and often symmetrical design, made in a circle that is designed to be beautiful, and invoke the divine. It is a reminder that we are part of something bigger, part of a cosmology – indeed connected to the universe. So maybe that is what this glorious event was designed to do —bring some of the divines down to street level.

So these Monks worked round the clock throughout the entire event at MSG. It was breathtaking to watch the carefully placed array of vivid colored sand, turn into the intricate Kalachakra Sand Mandala before our eyes. As each hour passed, another small portion of the Mandala would come into focus. As the Monks progressed the crowd watched this incredible living art mandala come into existence. Evidently this tradition of building sand mandalas is an ancient and sacred tradition. What an incredible experience to see these Monks steadily working just yards away from 7th avenue, atop Penn Station.

As the weekend went on, the amazing presentations by various speakers and His Holiness The Dalai Lama were riveting. I shook His Holiness The Dalai Lama’s hand a couple of times backstage at the Garden. His handshake was firm, his presence was divine, but not in a rock star way, not in a holier than thou way, in way that made you want to be around him, sit down and have coffee (or perhaps yak tea), and listen. His wisdom that week was profound. The title of that event was The Path of Compassion. People were taking The “Path Train” to Madison Square Garden to attend the Path of Compassion.

This experience floored me—so as the beautiful mandala came to fruition on the final day, I had no idea what was to happen. But – that ritual that followed on that day, the experience, the lesson – is with me to this day.
After perfecting the Mandala that took numerous Tibetan Monks, countless hours to complete — then — bam. HHDL said a prayer and they started to complete the ceremony and dis-assembled the Sand Mandala. No, they didn’t take a beach shovel-like we used to at the Beach. The monks had brooms and tools and basically took the sand, that was just moments before a glorious, colorful picture, and swished it into a bucket. If memory serves me correctly, the monks took the dissembled sand mandala and the bucket, to the West Side Highway and then they ceremoniously dumped the sand in the Hudson River.

So the concept of taking the immaculate, PERFECTLY GOOD, Sand Mandala and dumping it into the river, on the surface made no sense to me. But then I learned, it is a metaphor for the impermanence of life.

Like the inspiration in the creation of the sacred Mandala, so there was a message in the completion of this ancient ritual. Like the sentiment invoked by The George Harrison album, All Things Must Pass — this sand mandala, this body, this breath, this moment and this life will not last forever. So I guess the meaning of this story is to enjoy and appreciate  THIS moment — and don’t “miss” your life. This evokes the John Lennon lyric “Life Is What Happens While You Are Busy Making Other Plans.”

Speaking of other plans, each day of that epic week, before the doors opened, I would say “Richard – I’d like to run some business ideas by you.” And he said I promise we will talk before the event was over. So sure enough, we found the time to talk on that last day, backstage at MSG. To find out more about my conversation with Richard Gere, check out part 2 of this installment of HHDL @ – MSG His Holiness The Dalai Lama at Madison Square Garden. It will be posted to WisdomFeed soon.

PS – it occurs to me that some of the sand His Holiness and the Monks whisked into the Hudson River in NYC, must have run down the river, under the Verrazano Bridge and some of it must have washed up to the beach in Brighton Beach/Coney Island – The divine and the down-to-earth merged.

By Steve Stein
Founder of BetterListen! & WisdomFeed
Author of The Sneaker Tree 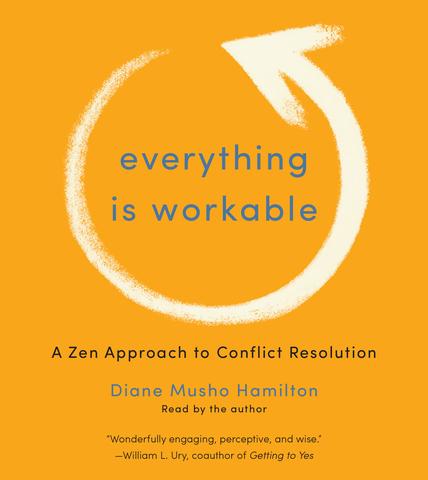 Deviciveness: The Battle For Your Attention 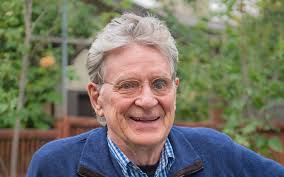 Why Is Bliss So Important? – Robert Thurman – Part 1 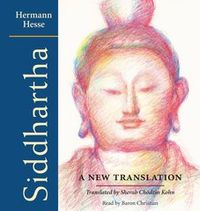