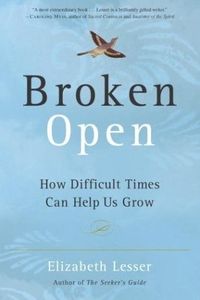 “The Phoenix Process” from Broken Open by Elizabeth Lesser

In the wonderful New York Times bestseller Broken Open: How Difficult Times Can Help Us Grow, author Elizabeth Lesser discusses what she calls “The Phoenix Process.” She claims a phoenix must die in order for it to come back to life again. We are like phoenixes, in that we must sacrifice ourselves—we must die—in order to transform into something greater. This death isn’t physical death, but a psychological and existential death that destroys old habits in order to make room for better ones. When we renew ourselves, we may readopt some of our old habits, so in essence, we don’t have to fully lose ourselves. However, we must be open to the process of losing ourselves in order for us to grow and develop.
Check out a detailed outline of “The Phoenix Process” from Broken Open below. Elizabeth Lesser is insightful, wise, clear, and inspiring.

The Phoenix Process
The transformational journey is a voyage with a hundred different names: the Odyssey, the Grail quest, the great initiation, the death and rebirth process, the supreme battle, the dark night of the soul, the hero’s journey. All of these names describe the process of surrendering to a time of great difficulty, allowing the pain to break us open, and then being reborn—stronger, wiser, kinder. Every religion includes in its texts, stories of descent and rebirth. From Jonah in the whale to Jesus on the cross, and from the Hindu hero Arjuna on the battlefield, to the prince Siddhartha leaving the castle in order to become the Buddha, the great ones have gone before us on this journey.
In a conversation between Bill Moyers and Joseph Campbell, who was the twentieth century’s greatest interpreter of myths, Campbell talked about the hero’s journey: “A legendary hero is usually the founder of something—the founder of a new age, the founder of a new religion, the founder of a new city, the founder of a new way of life.”
In response, Moyers said to Campbell: “But doesn’t this leave all the rest of us ordinary mortals back on shore?”
“I don’t think there is any such thing as an ordinary mortal,”
Campbell answered. “I always feel uncomfortable when people speak about ordinary mortals because I’ve never met an ordinary man, woman, or child . . .You might say that the founder of a life—your life or mine, if we live our own lives, instead of imitating everybody else’s life—comes from a quest as well.”I have my own name for the quest. I call it the Phoenix Process—in honor of the mythic bird with golden plumage whose story has been told throughout the ages. The Egyptians called the bird the Phoenix, and believed that every 500 years the Phoenix bird renewed his quest for his true self. Knowing that a new way could only be found with the death of his worn-out habits, defenses, and beliefs, the Phoenix built a pyre of cinnamon and myrrh, sat in the flames, and burned to death. Then he rose from the ashes as a new being—a strange amalgam of who he had been before, and who he had become. A new bird, yet ever more himself; changed, and at the same time, the eternal Phoenix.
You and I are the Phoenix. Our lives ask us to die and to be reborn every time we confront change—change within our self and change in our world. When we descend all the way down to the bottom of a loss, and dwell patiently, with an open heart, in the darkness and pain, we can bring back up with us the sweetness of life and the exhilaration of inner growth. When there is nothing left to lose, we find the true self—the self that is whole, the self that is enough, the self that no longer looks to others for definition, or completion, or anything but companionship on the journey.
The Phoenix Process is a journey that is different for everyone, and therefore, ultimately, a trek into uncharted territory. It is unhelpful to compare one person’s journey to another’s—all are different, and one is not more profound or important than another. Very painful situations—the loss of a loved one, a serious illness, a national tragedy—have the power to transform one’s life, but so do less traumatic events. It’s all in the way we approach the changing nature of life; it’s all in the courage to say “Yes” to whatever comes our way; it’s in the way we listen for the messages in the flames and dig for the treasure in the ashes.
Rules of the Phoenix Process
1. Change is the nature of life, and nothing changes without loss, which is a form of death. Death therefore is a prerequisite to change and rebirth. Loss and change, death and rebirth: these are natural, necessary cycles. No one can escape loss and death. Pretending otherwise is exhausting, and a huge waste of time. To resist change, loss, or death is to say NO to life.
2. It’s not easy to participate consciously with change, loss, or death. More often than not, we would like to stay asleep to the whole subject. It hurts to lose and to change; it causes us grief. But grief is not a sign of anything being wrong, nor is it a sign of weakness. In fact, grief in the face of loss lubricates the wheels of change. Denial and bitterness are like sticks stuck in the spokes of the wheel; they render us motionless. When we turn toward what is changing—when we keep our hearts open and allow ourselves to feel a loss all the way through—we move with more grace into a new, energetic, and constructive phase of life.
3. We can transform loss into growth, change into insight, and suffering into joy, if we turn and face that which frightens us most about ourselves and our changing circumstances. This takes courage. We may find aspects of our personality that need altering. We may find parts of our lives that can no longer remain the same. We may have to upset old family patterns, adjust ways of thinking, let go of habits. Part of the Phoenix process is asking for help, learning new ways of doing things, seeking inspiration. We need help to learn how to take the suffering deep inside and to make the process an interior one. As long as we blame others – another person, an institution, a relationship – for our faltering lives, there is little chance of transformation, little hope that we will be reborn as the powerful Self that we really are.

The original version of this article was published on Better Listen on November 4, 2012.
—Matt Rosenblum 5/29/16 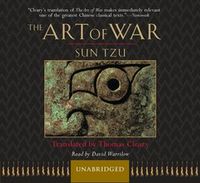 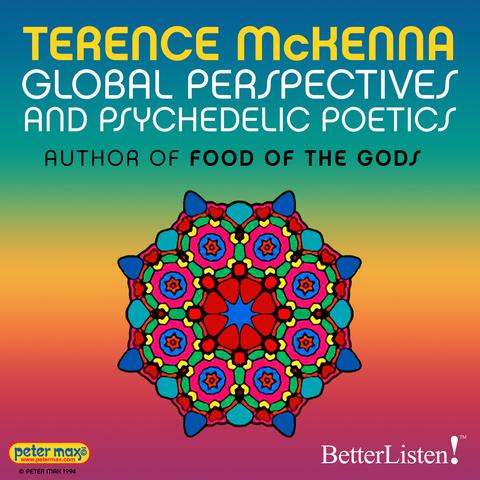