Pitchers and Catchers, Spring Training, Baseball, and Your Own Personal World Series

Pitchers and Catchers, Spring Training, Baseball, and Your Own Personal World Series 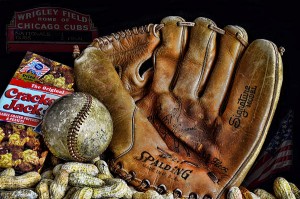 Growing up in the ’60s and ’70s in the working-class neighborhood that was Brighton Beach, we were poor, I had cardboard in my sneakers to patch the holes and blisters on the balls of my feet from when the cardboard wore out.  I was too young to know how poor my family was. We didn’t have much, one thing we did have was sports, the fantasy that we could rise above…we had baseball!

One of the rituals as a child that shines brightly in my mind’s eye is that first baseball catch of the season with my next-door neighbor – Bruce B. Me and Bruce grew up in one of the paths in Brighton Beach, Brooklyn USA. There were no cars on the alleyways where we grew up, so we played every sport imaginable on the concrete. Hit The Penny, Three Box Baseball, Stoop Ball, Strikeout – is what we called our pitching and catching game. All of these games were played with a Spalding (or “Pensie Pinkie”), pink, softer balls. Baseballs were not an option, too many windows.

Indelible in my mind was when the little league started up every spring. We would get to the practice and game at least an hour before the game started. I remember being in the outfield with Bruce “warming up.” We played in the now-defunct Coney Island Sports League. Games were on the field in Manhattan Beach. So there we were, the first catch in the outfield with Bruce was immaculate. The sun was bright, the grass was freshly cut, the ocean breeze coming off the ocean. We would spread out farther then we thought we could reach and without the constraints of the narrow path where we played sports the other 10 months of the year, come spring, come baseball season, we lavished in the unconstrained outfield in Manhattan Beach Field.

I am not sure if it was the sun shining brightly after the long winter, the freedom to run and “be” in the morning sunshine, the feeling that we were part of the ritual, belonging to the dream, the promise of a new season, the option to rise above the mundane.

The sun shined so brightly, and for a minute in between each toss of the ball, we were Willie Mays turning and throwing the runner out at home plate from the outfield, a throw more perfect than perfection itself. Each throw launched the promise of the spring season on our Field of Dreams. The arc of each toss would sail into the sky, the trajectory of the ball – lost in the glare of the sun. The pause, the moment, the hope, the “knowing” that somehow the baseball, away from our vision, lost in blue sky, sailing past the seagulls, the pigeons, the faith that the ball would come back, the dream would return, the secret hope that this new season we would win the championship (there were only four teams in our small league) would rival and deliver us to our own personal World Series.

In Hidden Figures, the suspense that followed the astronauts up into space and the waiting, the praying that the space capsule would return safely, echoes the waiting, the moment when the ball in those catches with Brucie B – when impossibly, imperceptibly, defying logic, and embracing gravity, the ball would appear out of the blue sky, return to earth, sometimes hitting a leaf that draped over the outfield fence into Brucie B’s glove. “Nice throw,” Bruce would say, just before he caught the ball – “snap” right into the glove. There is nothing quite like the sound of a baseball “popping” into a glove. Nothing like the sting under your baseball mitt, when you catch a baseball.

Yes, the first catch of the season was special, was so full of hope that it fills me with hope to this day just thinking about it.

Pitchers and Catchers, Spring Training and The Boys of Summer

No, Brucie B never made it to the “show” to the pros, but man that was a simple, hopeful time! We flipped baseball cards instead of snap chatting, played stoop ball, not Madden, if I wanted to talk to Brucie B, I would open the window and scream across the path and say “Brucie, you wanna flip cards?”  Of course, there was no privacy, every one of our neighbors heard our “chats” shouted across the path, there was no instant message. And unlike the disappearing snapchats my kids send today, our shouts out the window did not disappear instantly, they echoed off the concrete ground and dissipated into the sounds of the families living their lives.

I suspect every year for the rest of my life, when I hear on the news that “Pitchers and Catchers” showed up to spring training, I will think of those catches with Brucie B. I will think about the hopes and dreams for me, my family and in some way the world. I truly believed that if I and Bruce could throw a perfect throw and catch – the world could be saved, life would be – better or at least good,

So maybe we were not that poor after all? Maybe, this spring, the pure hope, and dreams that are the foundation of our national pastime is why the start of the baseball season – this time of year offers a promise that it is good underneath it all. Beneath the vagaries of professional sports, the insanity that pays athletes ungodly amounts of money, the monetization of dreams, the commercialization of everything, $7.50 Cracker Jacks at Yankee Stadium, underneath all of those things – lies the promise of a new season, “Pitchers & Catchers,” starting anew, the implicit hope in the first breath of each morning, the will to wake up and try again, the opportunity to step up to the plate, again each morning, and put some “wood on the ball,” get someone on base, “build a run,” advance the runner to scoring position, and maybe with the grace of God, seek out a win and live with that hope for another day and win our own personal World Series.