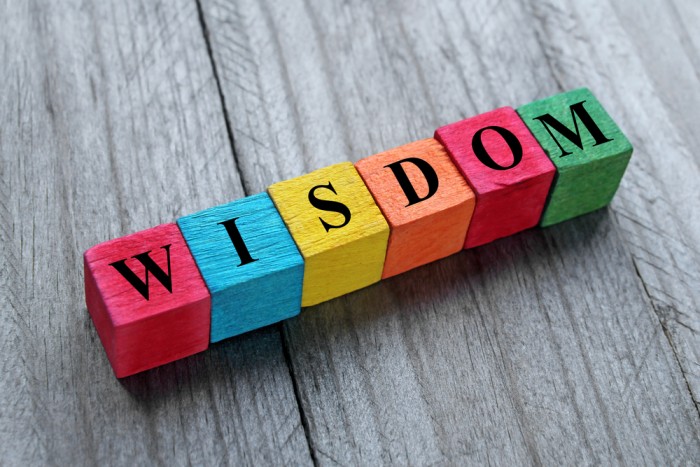 Most of us walk around in this world in a trance with the delusional belief that we are only autonomous beings that are completely acting with free will. However, many scientists agree that we are interdependent with our environments and our brains are constantly making snap judgments based on internal and external cues.
You might have recalled this quote by Albert Einstein:

“A human being is a part of the whole called by us universe, a part limited in time and space. He experiences himself, his thoughts and feeling as something separated from the rest, a kind of optical delusion of his consciousness. This delusion is a kind of prison for us, restricting us to our personal desires and to affection for a few persons nearest to us. Our task must be to free ourselves from this prison by widening our circle of compassion to embrace all living creatures and the whole of nature in its beauty.”

The notion of willpower, pulling ourselves up by our bootstraps, or manning up fails to take the psychological and scientific realities into mind.
Alcoholics Anonymous has it right if you’re addicted to substances you need to get them out of the house and begin to change your relationships. This was certainly my experience with my own struggle with substances years ago.
Considering the impact of our environments on our ability to be happy and make the changes we want to make, can drastically facilitate more adherence to whatever habits you’re trying to break or create.
Years ago, UC Berkeley Researcher Marian Diamond conducted a study where she randomly put mice in a few different cages. One had toys and playmates, one had playmates and one had neither. After a few weeks, they found that the brains of the mice that had toys and playmates had thicker cerebral cortices than the other two. This part of the brain is associated with higher-order functions like cognitive processing. In fact, the one without toys and playmates showed the thinnest layer.
This is just to say that our environments not only impact our behavior but also impact our brains (which impact our behavior).

So what’s the secret sauce?

If you want to make a change, whether it’s breaking a bad habit or creating a healthy one, you need to make sure your environment supports it.
This was a big impetus for me in creating the 6-month Course in Mindful Living. When it comes to creating a mindfulness practice, for most people, their environment doesn’t support it. While our physical environment can be changed, I know that people are the greatest environmental influencers when it comes to helping us make changes (one way or the other).
In his book, The Developing Mind, Dan Siegel, MD pioneer of a field called Interpersonal Neurobiology says it brilliantly, “The structure and function of the developing brain are determined by how experiences, especially within interpersonal relationships, shape the genetically programmed maturation of the nervous system.”
In other words, our relationships have a major impact on how brains develop and function. This has everything to do with the brain’s implicit decision making that can either keep us stuck in old patterns or help us break bad habits and develop healthy ones.
On top of that, psychologists Nicholas Christakis, PhD and James Fowler, PhD conducted research that showed that the things we do and how we feel are contagious in our relationships up to three degrees. They first found this with Obesity and then with loneliness and happiness.
So I wanted to help people create environments where there are more value-aligned people in them that will support their brain’s ability to naturally make the decision to practice.
I had the idea of creating mentorship groups to join and also accountability pods filled with people who are interested in sustaining a mindfulness practice. I think this is going to make a major difference.
Whatever the change you want to make or break, it’s essential to find value-aligned people who want to do this too. Don’t fall into the trap of thinking you should be able to do this on your own. I don’t want to tell you that you can’t do it on your own, I simply want to show you some hidden influencers that if you tap into, you’re going to use your mind to change your brain’s snap judgments and give yourself a major leg up.

Just think, if you had a clan of people around you who were interested in making the same changes you’re interested in and you had frequent contact with them, would making those changes be easier?
The answer is undoubtedly yes and experience shows it.
The point here is if you want to get off the hamster wheel and set yourself up for success in creating a mindfulness practice, overcoming negative eating habits, exercising, overcoming depression, being more purpose-driven, being more productive and focused, or whatever it might be – nothing beats the influence of people. This is simply perennial wisdom backed by science.
So if you want the secret sauce to making changes, you need to seek out the people either online or in-person and make regular dates for accountability and connection.
We can do it together!
Warmly,
Elisha
Originally published on ElishaGoldstein.com