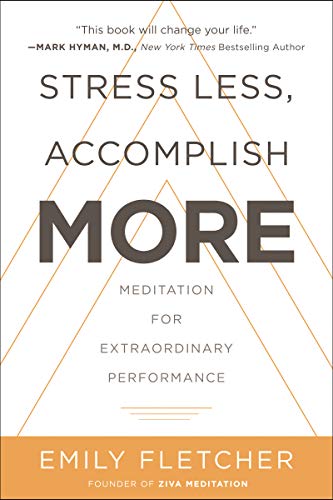 The disconnect comes from a cultural misunderstanding of the term meditation. I think there’s one dude out there telling people that in order to meditate, you have to clear your mind. I wish I could find this guy and teach him how to meditate. While it is possible to access different states of consciousness, and humans are the only species that can do this at will, the point of meditation is not to clear the mind. I would argue that the “point” of meditation is to get good at life. So if you’ve ever tried meditation and felt frustrated because you couldn’t stop all those crazy thoughts, here’s some really good news: The mind thinks involuntarily, just like the heart beats involuntarily. One more time, for dramatic effect: The mind thinks involuntarily, just like the heart beats involuntarily. Just for kicks, take two seconds and try to give your heart a command to stop beating.

If you’re still reading this, I’ll assume you weren’t successful. It’s easy for us to see that trying to stop the heart from beating is fruitless, yet we continue to try to stop the mind from thinking. Then we feel like a meditation failure and we quit. Who wants to keep doing

something that makes you feel as if you’re constantly failing? People who find one type of meditation unfulfilling, too time-consuming, or too difficult often reject anything that goes by the same name. The beauty of the Z Technique, however, is that it’s almost completely fail-

proof—and it’s a tool that will help raise your performance in all areas of your life. This style of meditation is so simple that you actually have to try to screw it up. Combine that ease with the fact that meditation has been scientifically proven to improve nearly every area of your life without taking away your competitive edge, and I feel confident that you’re going to become a meditator (or an ex-ex-meditator, if we want to be really confusing), too. Once you have a technique that is designed for you and a bit of training on how properly to gauge your success, meditation can become an enjoyable part of your daily routine.

But here’s the rub: The word meditation has become like the word food. Blueberries, hot dogs, sushi, potato chips—they’re all food, but they all do wildly different things to your body. Similarly, there are hundreds of different styles of meditation, but Westerners tend to pile all the techniques under one umbrella term, even though these varying techniques do vastly different things to your brain and body. Saying you don’t like meditation is like saying you don’t like food. Imagine going to a restaurant, looking at your server, and just ordering “food.” What’s the server supposed to do with that?

Meditation can be broken into a number of different styles: mindfulness, Zen, self-induced transcendence, Vipassana, Kundalini—just to name a few. Some schools of thought identify as few as five different forms; others break it down into more than twenty. For the purposes of this book, we will classify meditation into three main categories, or what I like to call the 3 M’s: Mindfulness, Meditation, and Manifesting. Just as eating a hamburger does different things to your body than drinking a chia seed smoothie, different styles of meditation light up different parts of the brain and require different degrees of effort and time. They can also have varying degrees of effectiveness on your performance off the proverbial cushion.

I know there’s a stereotype that meditators are just “bliss bunnies” who float around on clouds and talk in artificially soothing tones. Are there some people like that? Sure. But now that meditation is moving into the mainstream, there are far more pragmatists who have embraced the practice and who still act and sound like normal people, who don’t speak in “yoga voice” and have the ability to not turn everything into a ceremony—they just do life far more efficiently and effectively than before. Meditation doesn’t turn you into a sedate, passive person; just look at all the examples we’ve seen from many of the world’s top performers—some of whom I’ve had the honor of teaching—who have experienced exactly the opposite! What it really does is allow you to access and enhance the very best parts of who you are—and who you want to be. It doesn’t change you; it makes you more yourself, but the best version of you rather than the sick, sad, and stressed you. Because the Z Technique focuses on three distinct practices for a multifaceted mental experience, it helps you be fully in the present (mindfulness), heal from the past (meditation), and consciously create your future (manifesting). It offers a complete overhaul of whatever aspects of your life, experiences, and ambitions need up-leveling.

Let’s take a hot second to reflect on the incredible benefits and advantages a twice daily practice can bring:

If this offered nothing more than a reduction of stress stored in your body and an increased ability to elegantly handle daily demands, wouldn’t that be worth it? Once you commit to a twice-a-day practice, you open yourself up to countless new opportunities that stress may have been blocking without you even knowing about them.

If this offered nothing more than a better night’s sleep, wouldn’t it be worth it? If you entered every day with a fresh mind and more energy, and only required two fifteen-minute sessions to maintain that level of energy, imagine how much more you could achieve in twenty-four hours.

If this offered nothing more than a stronger immune system and relief from the symptoms of chronic health conditions, wouldn’t it be worth it? Think about the amount of productivity you lose each year due to illnesses, aches, pains, and other physical ailments. What would you pay to drastically reduce—or even eliminate—many of those issues?

If this offered nothing more than neuroplasticity to keep your brain young and adaptable, wouldn’t it be worth it? Throw in the fact that it can also help reduce visible aging in the body (how much do you spend each year on wrinkle creams and hair dyes?), and you’d be hard-pressed to find anyone who wouldn’t consider it worth the time investment.

If this offered nothing more than rewiring your neurological pathways to make your brain better equipped to manage many simultaneous demands, wouldn’t that be worth it? Think of the incredible value that alone adds to your role in the workplace. If two fifteen-minute sessions a day can effectively turn you into the human version of a Swiss army knife, who wouldn’t want that?

If this offered nothing more than keenly sharpened intuition, wouldn’t it be worth it? Consider the amount of time you spend agonizing over choices. By empowering you to more easily recognize the subtle differences and themes in the options before you, the Z Technique can help save countless hours of internal debate—and maybe even years of regret.

If this offered nothing more than easier access to your brain’s natural flow state, wouldn’t it be worth it? The ability to tap into your inherent creativity and innovation without being inhibited by self-doubt is one of the best gifts you could possibly give yourself and your career.

And finally, if this offered nothing more than access to a sense of deep, personal fulfillment, wouldn’t it be worth it? Isn’t that ultimately what we’re all seeking—a sense of purpose and a means of making that purpose reality?”

Liked this excerpt? Check out the full book here. 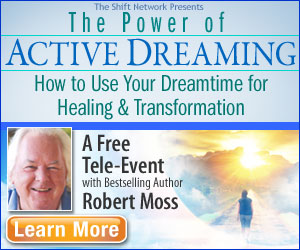 How to Use Your Dreamtime for Healing & Transformation 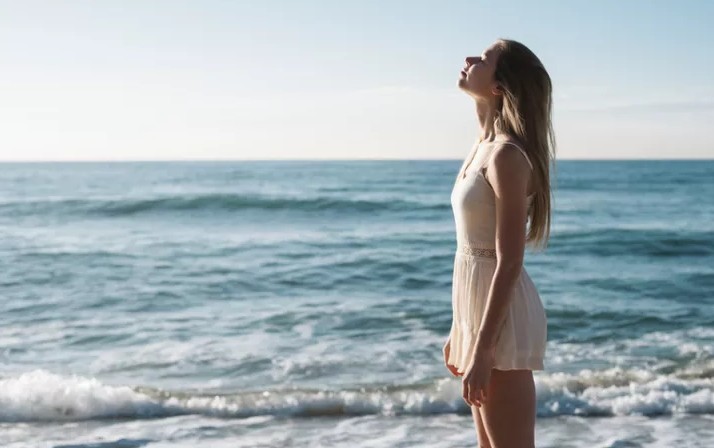 How to Meditate When You Don't Know How 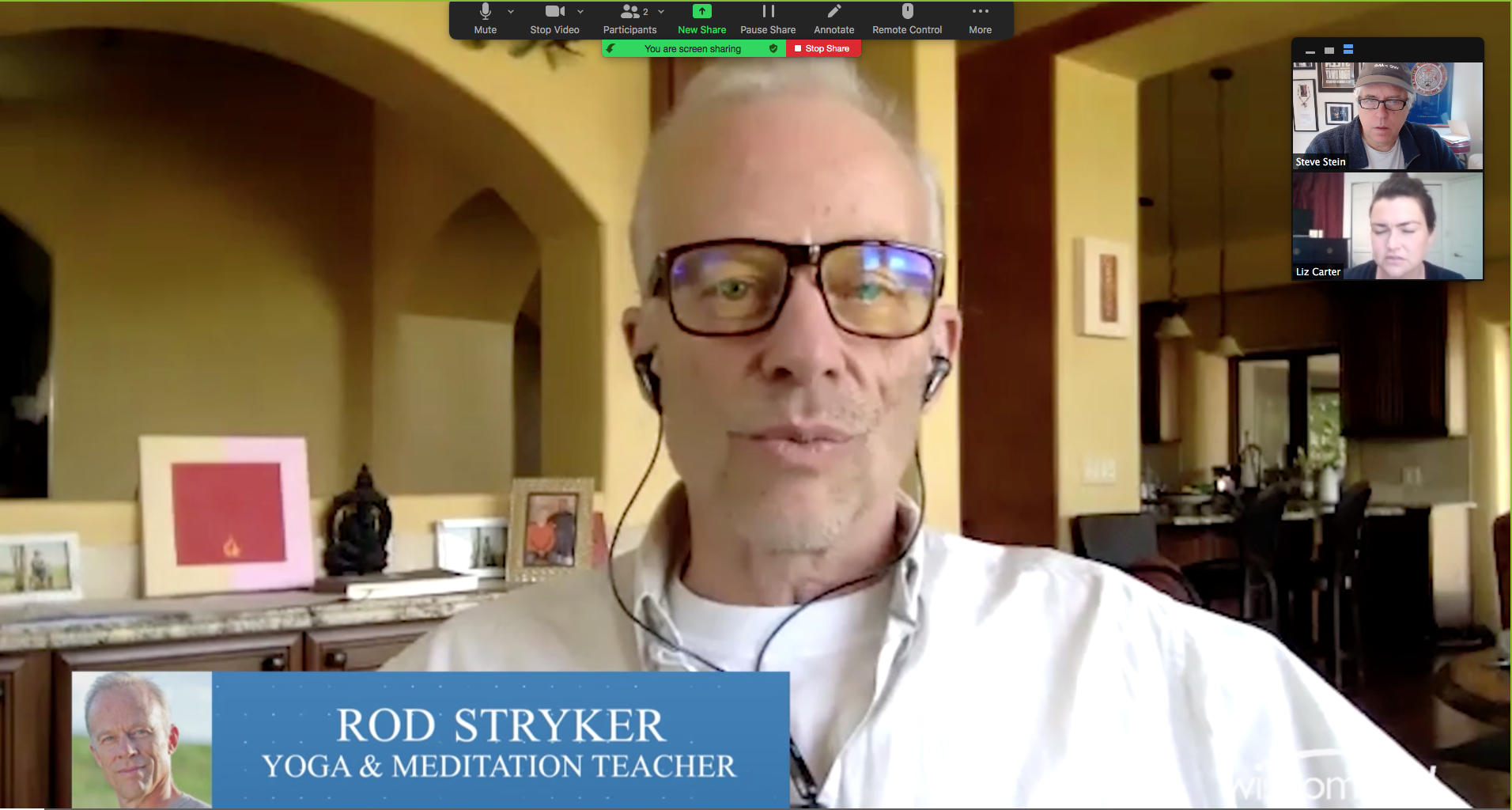